The Rockaways just ooze an ever present melancholy. Blocks shift from newly constructed, cookie-cutter “beach-town” apartment complexes to tattered remnants of Hurricane Sandy. The A-Train in between the Aqueduct Horse Track and Broad Channel stops, skirting on an anorexic piece of platform, shows a brief glimpse into the blow that Hurricane Sandy dealt to this far south strip of Queens.

Family owned storefronts recede while the likes of Dunkin Donuts and Subway slide in with perfected franchises. Like the 7 train(and numerous other trains including the J,M,Z, etc), the A line elucidates the character of this South Eastern section of Queens by rising above ground at the 80th Street station. Single or double story homes firmly planted in marshy byways are flanked by John F. Kennedy International Airport. 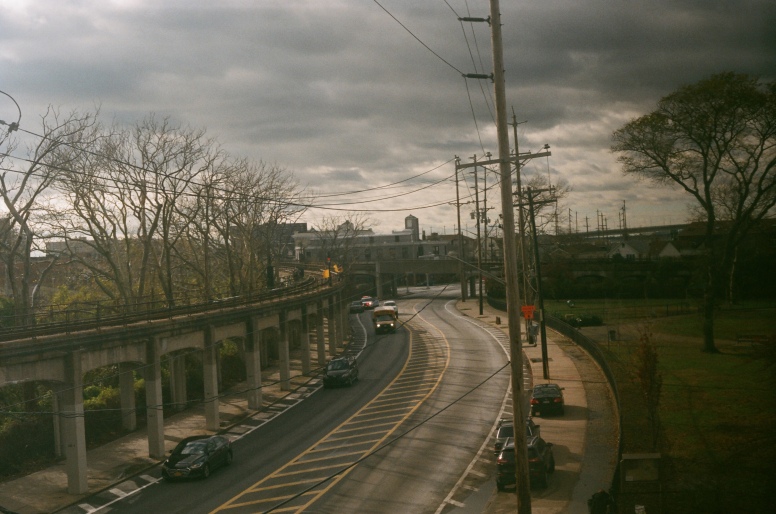 A Korean Air 747 ascending from JFK with 1 World Trade Center barely visible serves as the only reminder that I am still in the globalized, economic powerhouse of a city that is New York. However, to not recognize that this slice of New York is just as much a part of the city would be to miss the point entirely. Despite the hardships the Rockaway Peninsula has faced since Hurricane Sandy, there is an air of positive resilience to the place. The area is exceedingly tranquil while still showing of its feisty personality. On the sharp, 40 degree(fahrenheit that is) day that I visited, the waves were crashing against the rocky Averne by the Sea shore harshly and yet there was no wind, leaving the only discernible thing to be the sound of the waves. Drivers didn’t honk at each others, or at least as much as in the city.  Everything seemed slower, including the MTA bus service. 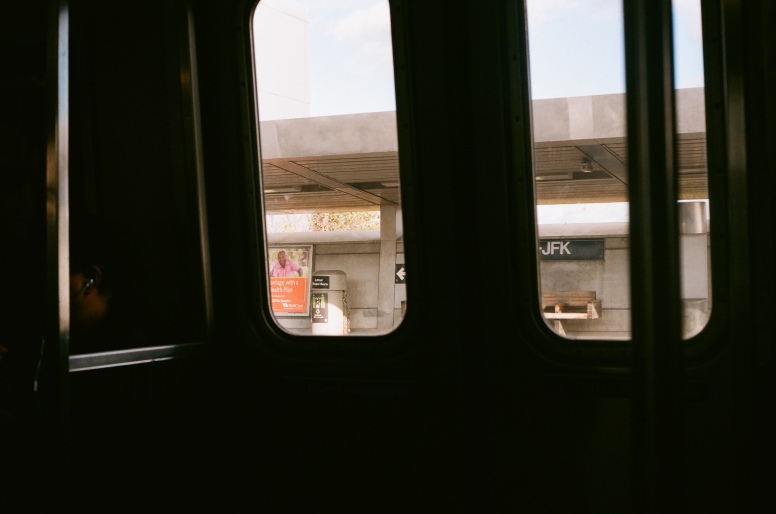 As I devoured my Pollo Guisado from Brisas Del Mar on 99th Street and Rockaway Beach Boulevard, an Anthony Bourdain recommendation, a slew of middle school children bustled in laughing and screaming, smiles wide across their giddy faces.  I emerged from the homey, family owned restaurant and was bombarded by another gaggle of kids, acting with the kind of youthful arrogance and lack of spatial awareness that is unique to, and partially endearing of, middle schoolers. As the “Not In Service” MTA bus full of elementary and middle school students, and one NYPD officer, pulled away, a girl, who couldn’t have been much older than 9 or 10, pushed her head out of the bus window and yelled “fuck yo’ shit!” 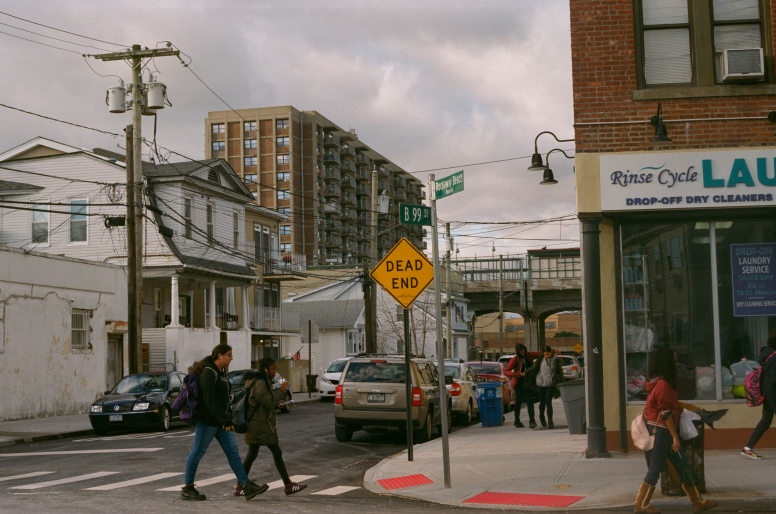 Despite its desolate appearances, the Rockaways seem to be making a comeback and a hopeful one at that. I mean, there were herds of those Lime Bike Beach Cruisers strewn about, so something must be going well. Or horribly wrong. On a more serious note, if you are interested in learning about how the Rockaways have fared since Hurricane Sandy, check out the following link to the New York state report on the revitalization of the beach-town community: https://www.osc.state.ny.us/osdc/rpt13-2018.pdf .